First of all, Congratulations! Because you are not that guy who only knows about bitcoins but the one who is interested in investing and looking for Best Bitcoin Wallets in India 2017! But probably, are you confused due to lots of options! So here I will tell you about the best Bitcoin Apps in India in 2017 so that you won’t lose your hard earned money and you will be confident and sure about investing your money safely. 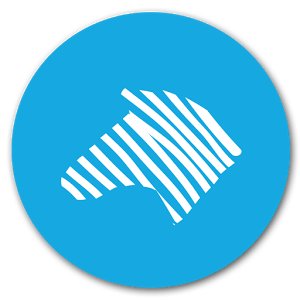 As referred to the reviews the users have suffered a bit. Recently, when bitcoin prices rose overnight exponentially, you can see them below.

Unocoin is among India’s leading Bitcoin platform. You can buy bitcoin with any Indian Bank account via online banking or NEFT (National Electronic Fund Transfer) and RTGS (Real Time Gross Settlement). Here you can also check the rise and drop of BTC price past 24 hours. Like Zebpay, this is also trusted bitcoin wallet in India for Android & iOS.

Unocoin also has few downsides. There isn’t an option for bidding and No previous Pricing Chart.Like weekly, Monthly, and Yearly. Still, it is among one of the best bitcoin wallet apps on android. It was a bit unstable before the last update but since its new update, this app is stable and easy to use. It has low 0.7% fee. But its prices are a bit higher than Zebpay and Coinsecure.

Coinsecure is an Indian Bitcoin exchange and trading platform. It has very low fees which are 0.3% per buy. It also provides Video service guides which are not available in Zebpay and Unocoin. It has a 3.5 rating on play store which is also decent. This is also among one of the best bitcoin wallet apps in India. It is not available for iOS devices. One of the issues in Coinsecure is the time it takes for the account verification. Its little more than other wallets.

It is the fastest bitcoin wallet app. It is very secure and trusted. It is a very popular wallet in India. It is constantly being updated so it is very fast. It is a bit complicated for newbie users but still safe and fast. It has 4.4 user rating on play store. But there are some ads which can’t be blocked. Those might annoy you. It is also available on iOS phones and works well on iOS Apple iPhones. It has a 4+ rating on an iOS device.

As compared to all the bitcoin wallets you will find this BreadWallet as the simplest and easiest bitcoin wallet to use. It has only two basic options “send” and “receive” which makes this app user-friendly for you. It is easy to use by one hand but has a very less protection on the other hand. It has a 3.3 rating on the android. As mentioned, you will find it easy to use but this app might crash at times if you are an android user. It has a 4+ rating on the ios device but it hasn’t received many ratings on PlayStore, so this app is not much popular in India on Apple iPhones.

Copay is an open source wallet created by Bitpay. It is multi-signature bitcoin wallet. Means that it requires a certain amount of people to approve a transaction you are doing before executing. It has a 4.5 rating on Play Store which is pretty good. It is also one of the best bitcoin wallet android apps in India. It is also available on the iOS device and has a good rating of 4+. But it has more Android userbase than iOS.

Jaxx is a relatively new bitcoin wallet. It also has a wide variety of cryptocurrencies. It is not an open source wallet. The safety is also a bit issue regarding this bitcoin wallet app and this issue is yet to be addressed. I will recommend you to not to invest a large amount of money here as it still has a lot of security issues. It has a very decent rating of 3.4 on the android devices. On the iOS device, it has a rating of 4+. It is a good app on the iOS but not that good if you are an iOS user. The app might crash and you might have to restart it several times. I would recommend not to invest a large amount of money here.

This is also an open source Bitcoin wallet app for India which you might consider. It is also as simple as BreadWallet. It provides a wide variety of merchants accepting Bitcoin. It has a good rating of 4.2 on android device and also has a good service provided to the users. It had some stability issues earlier but in the new update, those stability issues are fixed. It also allows you to set custom mining fees. It also has a pretty good rating on the ios device.

Now last but not the least if you are an experienced bitcoin user then you must go and try GreenAddress. It has a good security but has a bit less intuitive user experience. It has some issues regarding crashing of the app on the android. Still has a decent rating of 3.6 on the android. It still has fewer users on the ios device but still currently going on a 4+ rating on the iOS. So I would suggest only if you are experienced bitcoin user then only invest here.

These were Best Bitcoin Wallets India 2017 Do you know more? Just put those in the comment section below and we will include those too.