It doesn’t matter where do you reside in world right now! But I can guarantee, you’ve at least seen one person playing with Fidget Spinner. But Is Fidget Spinner Good Or Bad? Does it really helps us to focus or just increases chances of having injury? Let’s find out! Fidget spinners became popular in 2017, although similar devices had already been invented in 1993.

What Is Fidget Spinner Made Out Of?

Fidget spinner made of a bearing in the center of a spinner’s structure made from metal or plastic designed to spin with little effort. Just have a look at structure below: 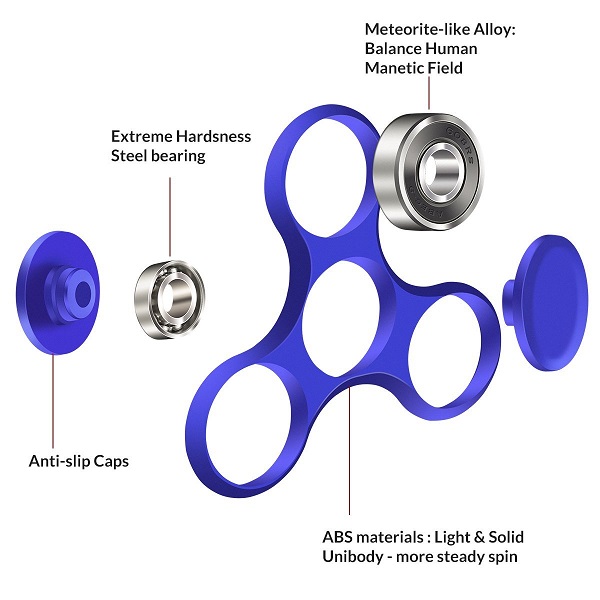 Is Fidget Spinner Good Or Bad? Pros And Cons List

So, from the above points, the answer to your question Is Fidget Spinner Good Or Bad? is Good. But wait, there is more. Each coin has two sides. So, let’s look at other one.

They’re handheld, bring anywhere gadgets that can eliminate anxiety and even help focus kids and adult with ADHD. But it turns out fidget spinners, the new toy so popular stores are selling out them and teachers are banning them from their classrooms, may not be as effective at aiding mental focus as people claim.

Psychologist and experts told fidget spinners may help some people, there is no scientific evidence to support the idea that they have therapeutic qualities.

“Mental illness is difficult to treat, and it’s not something for which are simple solutions,” says Dr.David Anderson, a clinical psychologist and senior director of the ADHD.

So, we can conclude that Fidget Spinners is just a toy which is trending right now. There is nothing bad to have but it should be distraction.