90’s kids have witnessed the revolution of technology. We are the ones who have actually seen the internet, mobiles and other devices overtaking televisions, radios etc., haven’t we? As far as India is concerned, Hindi Web Series is the new trend. Here, I’m listing out some Best Indian Hindi Web Series.

P.S: Don’t get addicted to them. 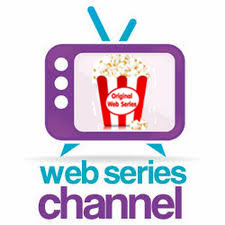 “Baked” is India’s most ambitious original Fiction Hindi Web Series which chronicles the misadventures of three university flatmates who decide to start a midnight food delivery service. This genre-bending Hindi web series takes you on a roller coaster ride as our oddball trio juggle student life with business, and invariably manage to land themselves into trouble. It will take you back to your college days!!

It is a story about a 21-year-old fashion enthusiast who wishes to make a claim in the fashion industry. The series chronicles her life in the bustling metropolitan of Mumbai and the struggles she faces in her personal as well as professional life. The lead actress in this Indian web series has broken all the bars of a perfect model for acting. No straight hair, no zero figured body etc. She has just been herself all through this journey and people are really loving her. Do watch it for her guys, She’s really cute.

This web series follows the life of a TV star whose career is in jeopardy due to a drunken rant in an after party following an award show. The series further explores the twisted topsy-turvy world of the television industry.

This web series is about three fathers trying to catch up with the young generation. The series starts with an episode of fathers watching an episode of GOT. So you can imagine, how much comedy this Indian web series has.

The man. The legend. The mystery. He fascinated us in life, and long after his “death”. This is the story of India’s biggest cover-up: Netaji Subhash Chandra Bose and the mystery of his alleged death.

This is a story about  Rahul and Radha who seem to have it all – a happy marriage, a decent job, and a beautiful house! But what happens when Radha’s pregnancy’s announcement makes Rahul realize that he’s been living the life he’s supposed to and not necessarily the one he wants to? Can a partner hit pause on a seemingly perfect life and revaluate his choices? And what about Radha? Is she just a collateral damage to Rahul’s early mid-life crisis?

After the stupendous success of Baahubali and the impressive box office performance of Nene Raju Nene Mantri, Rana Dagubatti is back with a new project — Social, a Hindi-Telugu bi-lingual digital series, that also stars Naveen Kasturia, Priya Banerjee, Abdul Razzaq and Moin Khan.While the social media thriller directed by Shashi Sudigala was launched by Viu on Thursday, 7 September 2017, the cast and crew of Social gave us a glimpse of what to look forward to in the 13-episode series. Social revolves around a missing girl and the four people (including her brother, played by TVF actor Naveen Kasturia) who set out to solve the mystery.

Inside Edge is the story of the Mumbai Mavericks, a T20 cricket franchise playing in the Powerplay League. Set in a landscape of conflicting interests, where selfishness is almost a virtue, where sex, money, and power are mere means to an end, Inside Edge is a story that pulls no punches, minces no words, and takes no prisoners. Come witness the game behind the game.

Fat, Dark, Ugly, Short, B*#%h, Psycho, Gay and more- the list of tags that we associate people with is endless! Our first impression of people often associates them with tags.‘’UNTAG’’ the new web-series by Voot, delves into the lives of regular people with seemingly harmless tags, their dreams, their inhibitions and most importantly their struggles. It gives the audience a fresh and light perspective of 6 characters, each dealing with their imposed tags, trying to become much more than what the world has labeled them as.

Let’s revise our list of Hindi Web Series to watch in 2018: