Android OS which has the userbase of billions worldwide just-released Developer Preview of their next version Android P (v9.0). Here are some tentative timelines for Release of Android P and some Android P Name Suggestions, Rumors.

Google has also published some details associated with each of the coming Developer Preview images, so we have a rough idea of what to expect each to be used for: 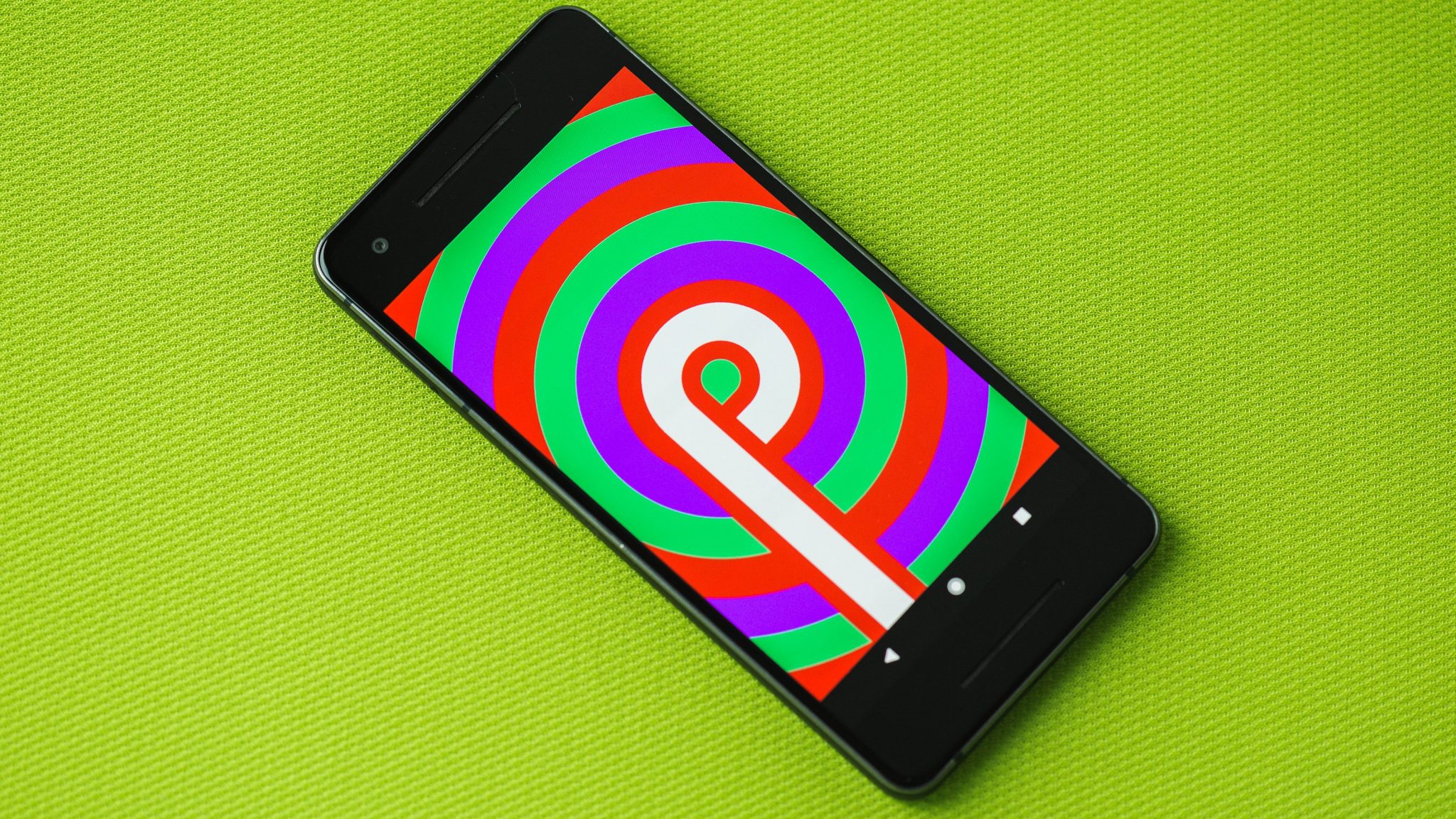 There are lots of rumors going on regarding the Android P names. Since the early days of Android updates have been named after deserts and in alphabetical order. So this time, what it can be? Let’s see the possible Android P names and ongoing Android P Rumors about the name of this version. You can also suggest your own Android P Name Suggestions in the comment section. 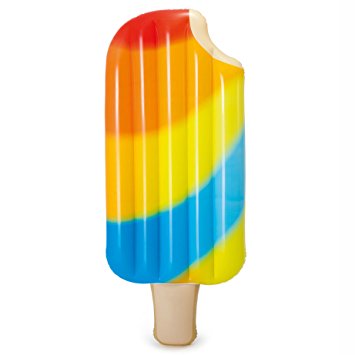 An ice cream or water ice on a small wooden stick finds its origin in Oakland, California, US. It was developed by an 11 years old kid Francis William. Just like Android has introduced various new features like indoor positioning, Popsicle is also introducing new flavors in their candies. It is one of the major contenders for Android P Names. There are various Android P rumors regarding name of version 9.0 and Popsicle is one of them.

Pancake is definitely one of the tastiest and most loved foods in all over the world. In different countries, it is eaten with different species and flavors. Android Pancake can be one of the possible names for Android P as pancake and Android have one thing in common and that is flavor. Pancake is many people’s suggestion for Android P’s name. Pancake is also one of the trending Android P rumors regarding the naming of Android Version 9.0.

A pie is a baked dish which is usually made of a pastry dough casing that covers or completely contains a filling of various sweet or savory ingredients. Pies are defined by their crusts. A filled pie (also single-crust or bottom-crust), has pastry lining the baking dish, and the filling is placed on top of the pastry but left open. Ancient Greeks are believed to have originated pie pastry. We have seen the movie version of ‘American Pie‘ 😉  Maybe this time we will get to see the Android Version.

Perk is the one the famous chocolates developed by Cadbury.  It’s crunchy inside and full of chocolate outside. Considering the Google’s interest in brands like KitKat and Oreo, perk can also be the next name of Android. Perk can also be a good Android P Suggestion regarding the name of the version.

Paan is one of the favorites after meal item in different countries, mainly in India. We all Indians just love different flavors of Paan. There is saying in Indian Community, ‘पान है तो जान है!’ (Paan Hai to Jaan Hai). Maybe next time we will say that “Paan Hai to Android Hai” 😀  Last time, Google didn’t consider our request to call Android N as Nankathai. Let’s see what happens this time. I am sure all the Indians would love to see Paan as Android P Name. 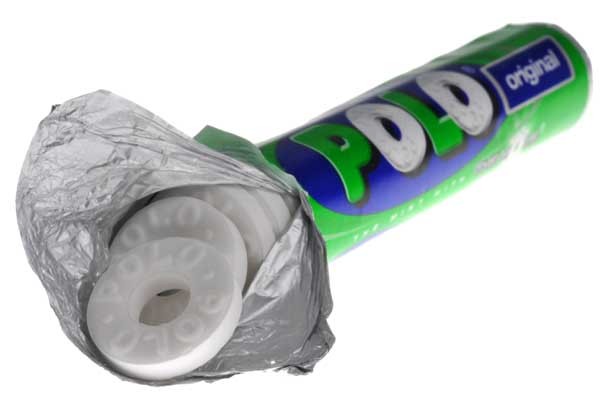 Polo isn’t an actual dessert at heart. It’s a mint candy used for fresh mouth and better breath. Polo was introduced by Nestle in 1948. Polo is not an actual dessert. But considering the Google’s keen interest in brands like KitKat and Oreo, polo might get chance to represent as Android P Name. Polo is also one of the majored Android P Name Suggestion for Android Version 9.0.

A praline is a form of confection containing minimum nuts and sugar; cream is a common third ingredient.  Praline was originated in Belgium. These Desserts starts with P also known as Belgium chocolates. Considering the Google’s interest in chocolate brands like KitKat, praline/Belgium chocolates can be one of the possible names of android P. Praline sounds good as upcoming

Peanut butter is a food paste or spread made from ground dry roasted peanuts. It often contains additional ingredients that modify the taste or texture, such as salt, sweeteners or emulsifiers. The United States is a leading Exporter of Peanut Butter. Considering the popularity and usage of peanut butter, Google might name version P as Peanut Butter. Peanut Butter is a good suggestion as well as a trending Android P rumor regarding Android P Name.

The pastry is dough of flour, water, and shortening that may be savory or sweetened. The pastry is one of the most eaten sweet treats all over the world, especially in European countries. Considering the popularity of pastry, google may name Android P as Pastry. Seriously, who doesn’t like to eat pastry? According to me, Pastry will be a perfect Android P Name considering the names of many previous versions. The pastry is one of the trending Android rumors regarding the naming of Android P.

Pina colada is a sweet cocktail made with rum, coconut cream, and pineapple juice, usually served either blended or shaken with ice. It’s a famous Spanish cocktail. In the name Pina Colada, Pina stands for “pineapple” and Colada stands for “Strained” in Spanish. Pina Colada can be a good choice for version P as the first liquid sweet treat in Android versions. Pina Colada can be one of the possible Android P Names.

Pumpkin Pie is a dessert pie with a spiced, pumpkin-based custard filling. Pumpkin is a symbol of Harvest time. It was introduced in England. In the United States and Canada, it is usually prepared for Thanksgiving and other occasions when pumpkin is in season. Considering the popularity of this sweet treat, pumpkin pie is also one of the competitors in Android naming. Many people’s Android P Name Rumor is Pumpkin pie because of its popularity and similarity with many previous version names.

The bloated shape of the popover is the reason behind the name of it. A popover is a light, hollow roll made from an egg batter similar to that of Yorkshire pudding, typically baked in muffin tins or dedicated popover pans, which have straight-walled sides rather than angled. It was originated in America. A popover is an American version of Yorkshire pudding. The name of the popover is just an accident as the formation and shape of it suggest. We can expect the same accident name picking of Popover for the Android 9.0 P. Popover is one of the Android P Name Rumors considering its interesting shape.

This rainbow filled candy has been popping fun since 1950. Poppins fruit jelly is a mouthwatering range of pulpy fruit juice that exudes fresh fruit juice with each bite. Poppins was introduced by Parle in 1950. Looking at previous versions of Android like KitKat and Oreo, Poppins is also one of the possibilities. Poppins is my Android P Name Suggestion because of its different colors and flavors.

Parfait refers to two types of frozen dessert; in France, where the dish originated, parfait is made by boiling cream, egg, sugar, and syrup to create a custard-like puree which is not necessarily served in a parfait glass. English meaning of Parfait is “Perfect”. Parfait was introduced in 1894 in France. Considering the meaning of the word, Google might consider this name for version P.

Another Indian name which starts with P and appropriate to be named for Android P. The place of origin of Petha is the city of Taj Mahal (one of the wonders of the world). The main ingredient in Petha is pumpkin and it is generally shaped rectangular and cylindrical. Considering its origin and history, Petha is one of the major Android P Name Suggestion regarding the name of Android Version 9.0 from the Indian community.

A pastille is a type of sweet or medicinal pill made of a thick liquid that has been solidified and is meant to be consumed by light chewing and allowing it to dissolve in the mouth. If you are living in or have been to the UK, this is a well-known name for you as it is made by Rowntree’s fruit Pastille. This colorful sweet can be the sweetest name for Android P. This colorful sweet with different colors is also, Android P Name Rumor.

A peanut butter cookie is a type of cookie that is distinguished for having peanut butter as a principal ingredient. The cookie generally originated in the United States, its development dating back to 1910. It was invented by George Washington Carver. Peanut Butter is mostly the ‘rescue food’ for workout freaks, who want to have a healthy diet. But Peanut Butter Cookies can satisfy your random craving for munchies. Peanut Butter Cookie is a bit lengthy name considering previous version names for Android. But its still one of the trending Android P rumors regarding the naming of Android P.

Panna Cotta is an Italian dessert of sweetened cream thickened with gelatin and molded. Panna Cotta is a kind of pudding. Its English language equivalent is “cooked cream”. Panna Cotta can be a good name for Android considering its preparation and ingredients. Looking at the beauty of this sweet treat, many users are suggesting this Android P Name.

One sweeter treat with peanut as its base ingredient is peanut brittle. Brittle is a type of confection consisting of flat broken pieces of hard sugar candy embedded with nuts such as pecans, almonds, or peanuts. It has many variations around the world, such as Chikki in India, Kotkoti in Bangladesh, Pasteli in Greece and Croquant in France. Maybe this year we will see the new variation of Peanut Brittle as Android P. Considering the variety of names in different geographical regions, Google might consider Peanut Brittle as their Android P Version Name.

One more Italian sweet treat is Pandoro. Pandoro is traditional Italian sweet yeast bread, most popular around Christmas and New Year. It is often served dusted with vanilla-scented icing sugar made to resemble the snowy peaks of the Italian Alps during Christmas. Pandoro can be one of the simplest names for Android P 9.0 Version Name.

If you’re a huge Android nerd, you may already know that there’s already been an Android “Petit Four.” Before Google settled into alphabetic desserts, Android 1.1 went by that name internally. Might Google revisit these tiny French cakes for 2018 version? A Petit Four is a small bite-sized confectionery or savory appetizer. Petit Four means “Small Oven”.  It was discovered in France by French bakers in the 18th century. Considering the popularity of Petit four, Google might consider this dessert as their Android P Name. Petit four has already appeared in many Android P rumors regarding the naming of Android P.

Pound cake refers to a type of cake traditionally made with a pound of each of four ingredients: flour, butter, eggs, and sugar. From a historic European appetizer to an American classic, the pound cake is a no-nonsense dessert that cares not for fancy toppings or intricate pastry layers. Pound cake is not the most imaginative dessert but hey, Google can always surprise us. Pound Cake can be a good Pick for Android 9.0 Names.