TechnoClever Be Clever in Tech! Quality Android, Windows, PC, Internet Tricks, Tips, News
Home Bitcoin Should You Invest In Bitcoin, Cryptocurrency or Not? How?

In the recent past, you must have come across this ‘Bitcoin’ term at least once. Especially, after the Amitabh Bachchan’s profits and losses in investing in a Bitcoin company. But the real question is Should You Invest in Bitcoin Now? Is Bitcoin a bubble?  Is It Wise To Invest in Bitcoin or other Cryptocurrencies? You must have a lot of questions like this. The main aim of this article is to answer all of these questions and satisfy all of your doubts. So, let’s begin.

Basically, it’s a decentralized virtual currency which runs on blockchain technology which has a limited supply of 21 million coins. At the time of writing this post, around 16.8 million bitcoins are already mined. In simple words, it’s currency which is not controlled by any Government, Bank, Company or Individual. The value depends on the number of users using bitcoins. And blockchain technology is the main tech behind this Worldwide Currency. If you want to get more technical knowledge about bitcoins and blockchain then you can refer Coindesk blog.

Reasons To Invest In Bitcoin and Cryptocurrencies

Enough of this, let’s get into the serious money making business! (You must all be thinking that right? 😉 ) The reasons mentioned below will give you the answer to the question Why Should You Invest In Bitcoin.

Being an Indian from past 20 years, I’ve observed it very closely. For example, in case of the daily necessities like Fuel, Milk, etc. the inflation (i.e. the price) has increased rapidly from the past few years. Though I’m not an economics expert, I understand that if the cost of necessities increases all the other things become expensive which leads to inflation and widening the gap between Rich & Poor. But since there is a limited supply of bitcoins (21 million), we can say it’s inflation proof. If inflation comes then many times government prints new notes and has the power to manipulate the currency. This is Why Anyone Would Invest In Bitcoin.

Is It Safe To Invest In Bitcoin? Yes & No! You’ll probably say I’m crazy if you are already in this cryptocurrency world for some time. Since, we see regular hacking attacks on exchanges, wallets which results in losing people’s bitcoins. But we can say the overall blockchain, Bitcoin is secure itself. It’s the exchanges, wallets, which get hacked. Not the whole network. And till now, whole Bitcoin network hasn’t been hacked even once. You can minimize the risk by storing bitcoins into hardware wallets, distributing your wealth into different exchanges, etc.

For investing into bitcoins, you don’t need to be the ‘Blockchain Expert’. You just need to have your own Bitcoin wallet address. That you can easily get from Zebpay (Use code REFAMEY6599 to get bitcoins worth Rs. 100) or Coinbase. That’s it! Is It Wise To Invest In Bitcoin? Yes!

This one thing I like most about bitcoin. It’s pretty much decentralized and anyone can be part of the network by mining. Mining is the process of confirming the existing bitcoin transactions which result in the generation of new bitcoins. It’s just solving some stupid math problems. And all of this is done by computers. So, if you start mining then you are also an owner of bitcoin.

Every Bitcoin transaction in the world is visible. Hence, anyone anywhere can verify it anytime. For example, you can see the first block mined here called ‘Genesis Block‘ officially real world first bitcoin transaction. Where one developer bought pizza via Bitcoin in 2010. 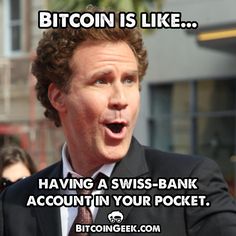 Did I just say transparent? If you saw those transactions then all you can see is address and amount of BTC (Bitcoin) but, you won’t be able to see the name of that particular address owner. Though anyone can confirm the BTC transactions, he can’t see the actual names but addresses only. 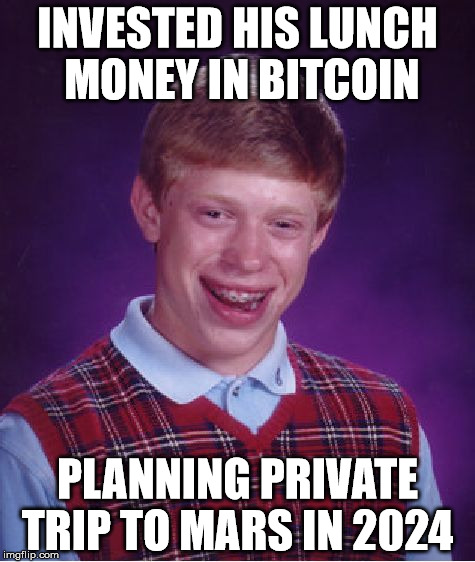 I’m not 100% sure but it can be. At the time of writing this article, we can’t do microtransactions due to high transaction time and fees and some other regulations. But many Cryptocurrencies like IOTA and DASH are trying hard to solve this problem. Now, many big corporations like Microsoft, KFC have started accepting bitcoins and we can see many more supporting it in future.

Why Shouldn’t You Invest In Bitcoin?

1. If You Are Looking For ‘Get Rich Quick’ Scheme 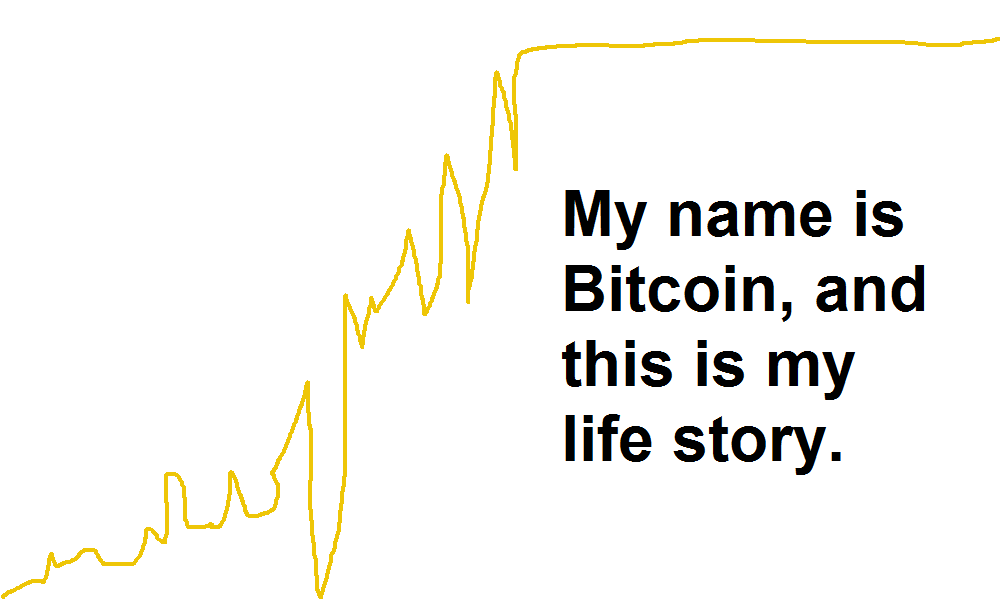 2. If you are impatient

If you take a look at the BTC price chart below, then you’ll see sudden fluctuations. Sudden spikes and drops in price by 30% to 40% within a day. But if you consider longer timespan, then you can see the growth of BTC clearly. Hence, if you are gonna be in the game then you must have holding power the price is gonna up for sure but you need a lot of patience…

3. If you are not willing to lose

Considering the various troubles BTC has to face from past few years, whatever money that you’ve invested in BTC may get stolen forever. Though you can minimalize the risk by distributing your coins to multiple exchanges, using hardware wallets, dedicated cloud wallets, etc.

4. If you don’t understand

As world’s second wealthiest man: Mr. Warren Buffet said, Never Invest In Something You Don’t Understand. As I mentioned, you don’t need to be a blockchain expert to invest in bitcoin but it’s always better to have cryptocurrency market knowledge, blockchain knowledge, etc. 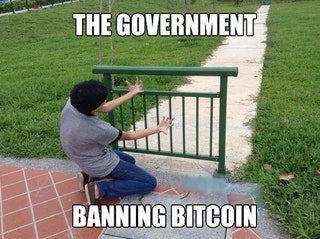 Some countries like Nepal, Bangladesh, Bolivia, etc. have banned bitcoins and declared them illegal. If you are from one of them, then I strongly suggest you ‘ignore BTC’ else you may face some legal issues. 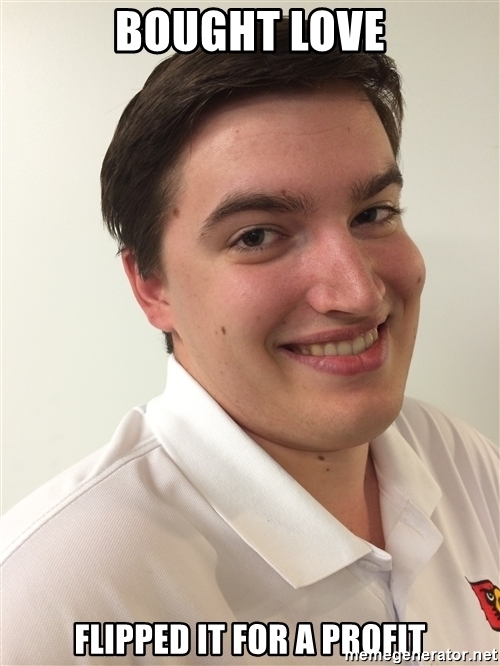 Yah! you read right! But not with a person, with coins. If you are seeking especially quick profits then don’t fall in love with coins but love the profits. Especially, in case of newer coins or the ones who are not top ones. 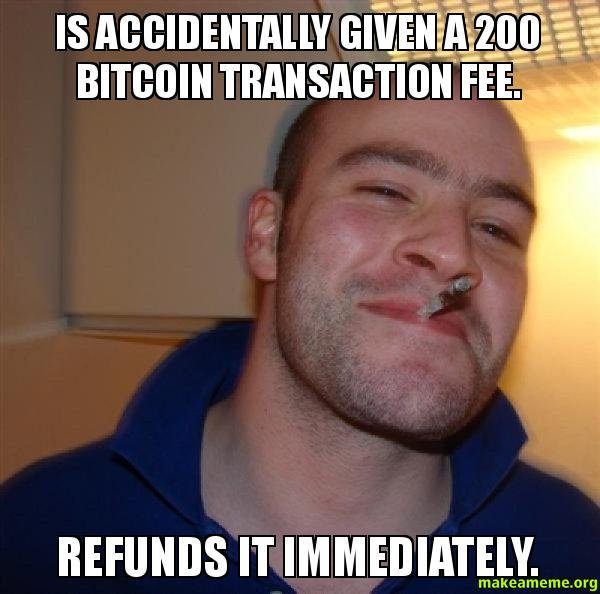 On an average, it takes 78 minutes to confirm BTC transaction but as I mentioned, right now, the network is overloaded and it may take hours to confirm the transaction and more fees. Some wallets may halt the transaction for some time. Hence, if you want to make quick transactions like VISA or PayPal, then BTC is not for you.